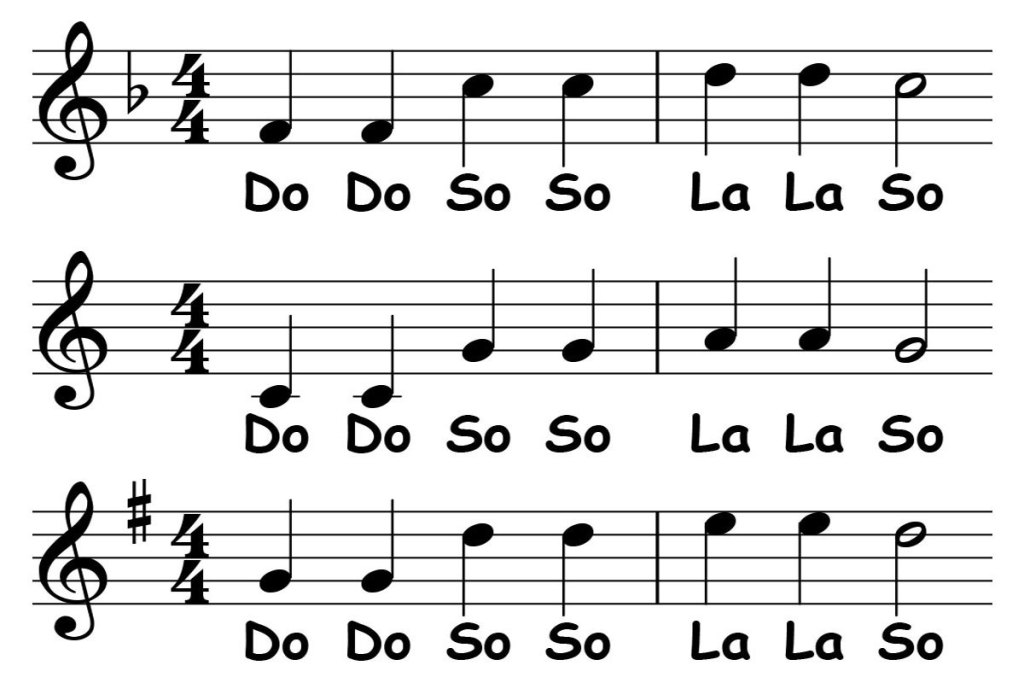 Did you know that you can play a melody starting on any of the twelve possible notes, while still preserving its melodic and harmonic character?

For example, you can play “Twinkle, Twinkle” starting on the note C…

But you can also play it starting on the note G…

In fact, you can play “Twinkle, Twinkle” (or any other melody) starting on any of the twelve available notes.

Special Note: The first note of any song is not necessarily the key that you are in.

How Many Keys are There?

The answer depends on whether you are talking about physical keys or theoretical keys.

But, while there are twelve physical keys, it is possible to write music with up to seven sharps or seven flats in the key signature, making at least fifteen keys theoretically possible.

That said, here is “Twinkle, Twinkle” written out in fifteen theoretical keys:

The takeaway is this: When you start the melody on a different note (play in a different key), all of the letter names of the notes change, but the Solfege names remain exactly the same.

Understanding this concept is a critically-important step towards understanding how music really works.