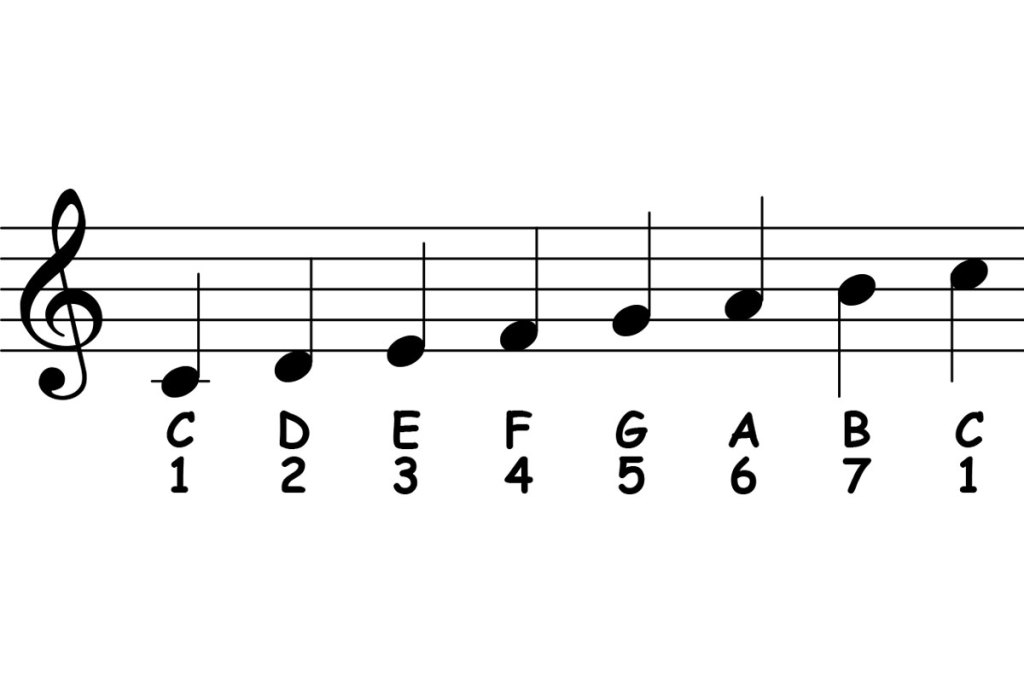 The system works as follows:

Of course, any combination of notes is theoretically possible when building scales, but don’t worry about the details right now. For the moment, it is sufficient to understand the concept of scale structure and the number system described above. You will learn lots more when as your study of scales, chords, and chord progressions unfolds.