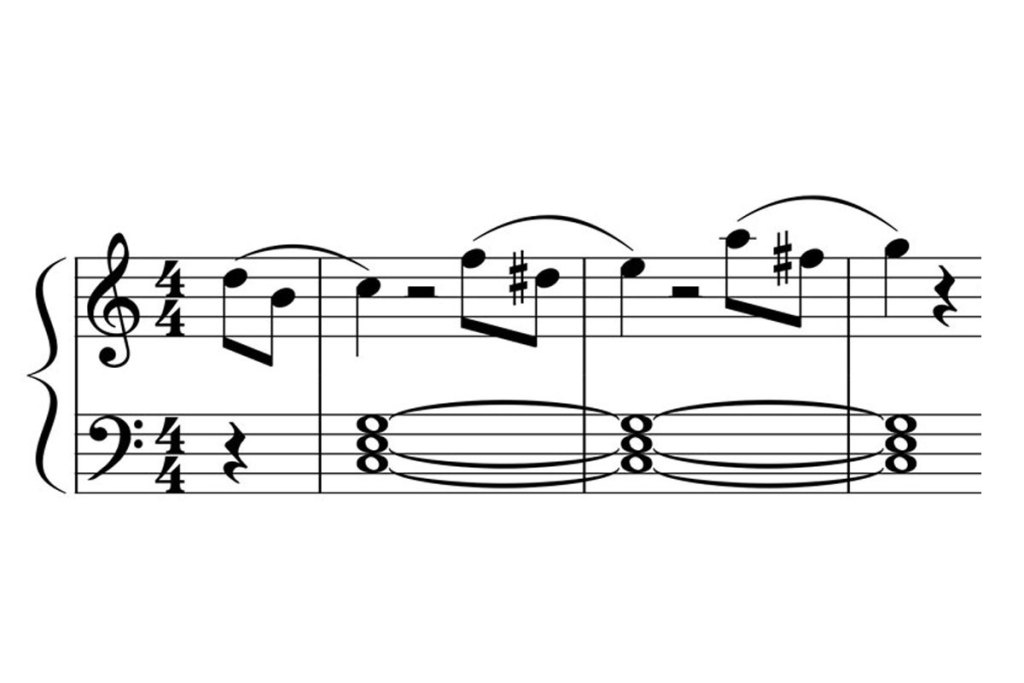 We are going to explore eight standard embellishments to the 1, 3, and 5 of a C major triad played over a C Major 7th Chord in a four-bar form.

Don’t try to memorize these patterns. As always, study and practice them using all four musical intelligences: ears, intellect (theory), eyes, and muscles. If you do, you’ll discover that they are really quite straightforward–readily described in words as shown.

It is critically important that you play these embellishments in the right place in the meter and with good rhythm. Notice that the target notes 1, 3, and 5 (Do, Mi, and So) always fall on the strongest beat and that the embellishments always anticipate each target note. Reminder: Don’t forget to swing the eighth notes. Let’s go!

Homework: Play these patterns in all the major keys you expect to play in–using all four musical intelligences: ears, intellect, eyes, and muscles!

If you learned something here today, please help Frank defer the $32/month for web hosting and $5/month for quiz plugin support. Thanks for caring!