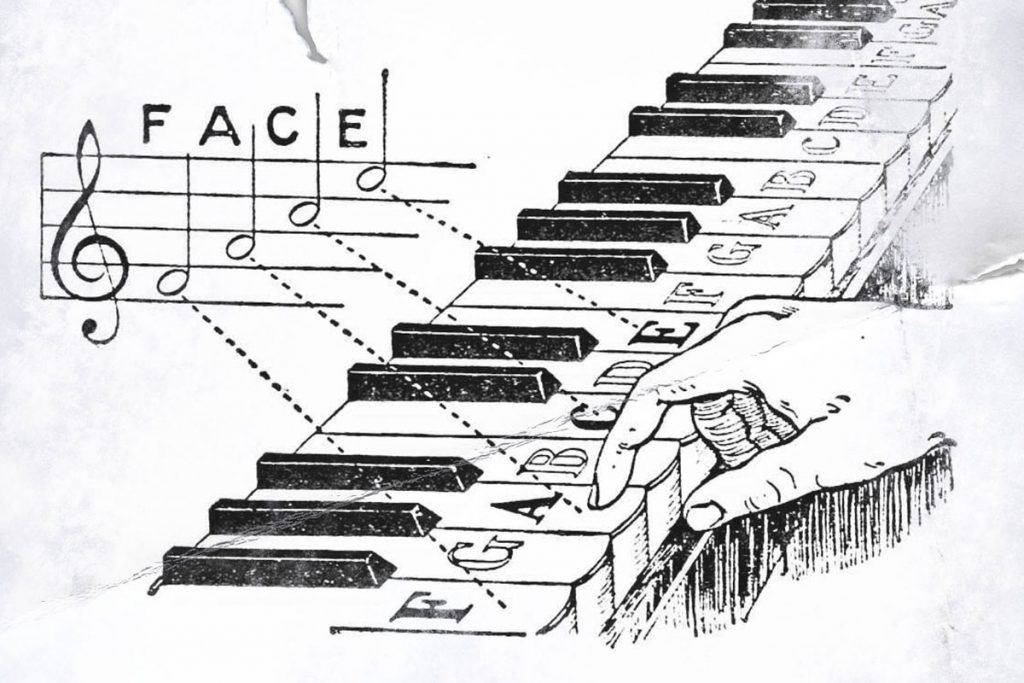 Being an eager and trusting student who doesn’t know any better, I take the following approach… because it is how I was taught since I was a puppy: “Hmmmm. Let’s see (eyes fixed firmly on the first and topmost dot). The first note is… wait… start with the bottom line on the treble staff and say Every Good Boy Does Fine… Every (point at first line), Good (point at second line), Boy (point at third line), Does (point at fourth line). Yes! D… That’s it! But which D? Hmmmm. Let’s see… Middle C is down here (as I point to the imaginary line below the treble staff) called middle C, so that’s makes this the D above the C that’s above middle C, so I take my eye off the music and fix them on middle C of the keyboard that I know so well, then I count up an octave C to the next C plus one step is D. D! Got it! Ok. Now that I have that one, the next note is… Arggghh!”

It should be crystal clear that you never, ever want to read music like this… even as a beginner!

There are at least five serious problems with this approach:

But don’t despair… There is a better way!

learn more… How to Read Music: The Musical Way