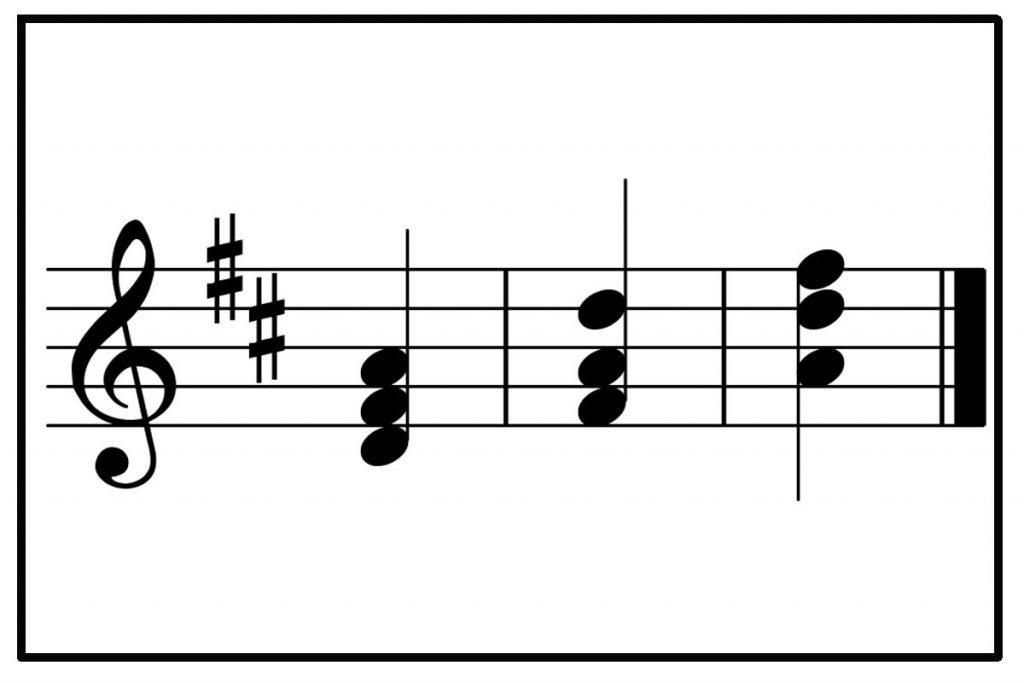 In fact, you can create a wonderful variety of melodic and harmonic effects by using other chord tones as the lowest note.

Using a chord tone other that the root of the chord is known as Inversion.

A C chord (C-E-G) played with its root C as the lowest note, called the Root Position, sounds quite stable…

The C chord can also be played with the note E in the bass. This is called the First Inversion.

You might recognize this sounds from Eric Clapton’s “Layla”.  In this case, the inversion is used to create harmonic instability and melodic interest in the bass line that naturally moves from the I to IV chord.

A C chord can also be played with G in the bass. This is called the Second Inversion.

This as a very common way to prepare to end a piece, where C/G functions as a double suspended V chord that accentuates the dominant harmony before resolving to the tonic I.