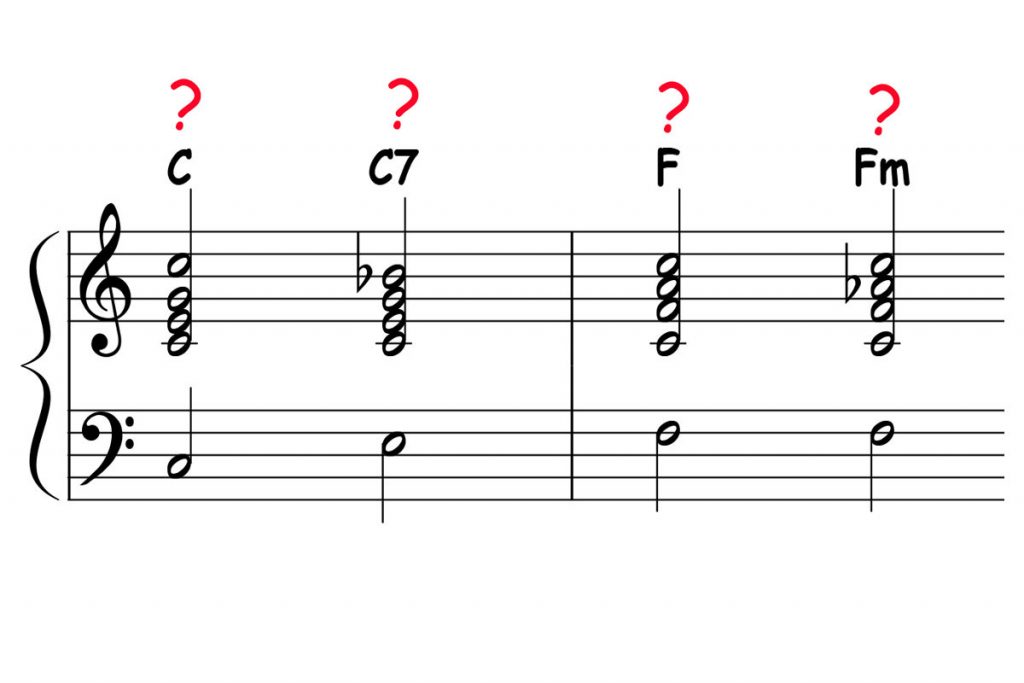 Such harmonic purposes include:

There are two broad classes of Chord Function:

Here, for example, is a commonly-used chord progression in the key of C…

This analysis is more than mere “theory”. It captures the organic essence of how humans naturally experience and enjoy music. Don’t fuss about the details right now. It is sufficient to understand that chord progressions create forward motion and typically follow logical paths based on a small number of simple formulas for creating, then resolving, harmonic tension.