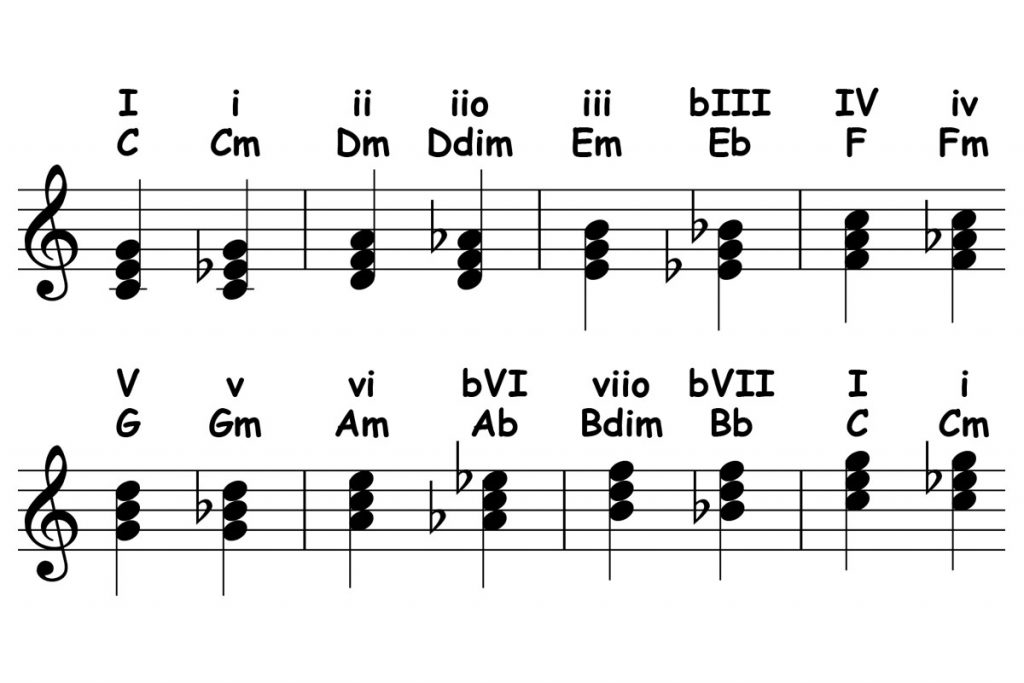 Each Borrowed Chord serves a similar harmonic function as the chord in the original key.

If, for example, you are playing in the key of C Major, you might “borrow” the equivalent chords from the key of C Minor and vice versa.

Notice that the “borrowable” chords always come in pairs that share the same letter names, but have different qualities (major, minor, diminished).

While it is theoretically possible to borrow any chord from any parallel key, only a small number are in common usage. Please let Frank know if you would like to see some of these commonly used “borrowings”. Don’t sweat the details right now. For the moment, it is enough to understand the notion of borrowing.